⇒ Please note: if the total length of the vehicles exceeds 6 metres, you are not allowed to drive through the city of Liège. A city visit with vehicle(s) longer than 6m is therefore not possible. Get to the campsite by staying on the E25 towards Luxembourg (= the periphery around Liege) and taking exit 41 in Tilff.

By train – so comfortable: HONY station is 350 m from Les Murets campsite. From the mainstation Liege–Guillemins it is only 16 minutes to station of Hony via line 43 Liege <> Angleur/Marloie. 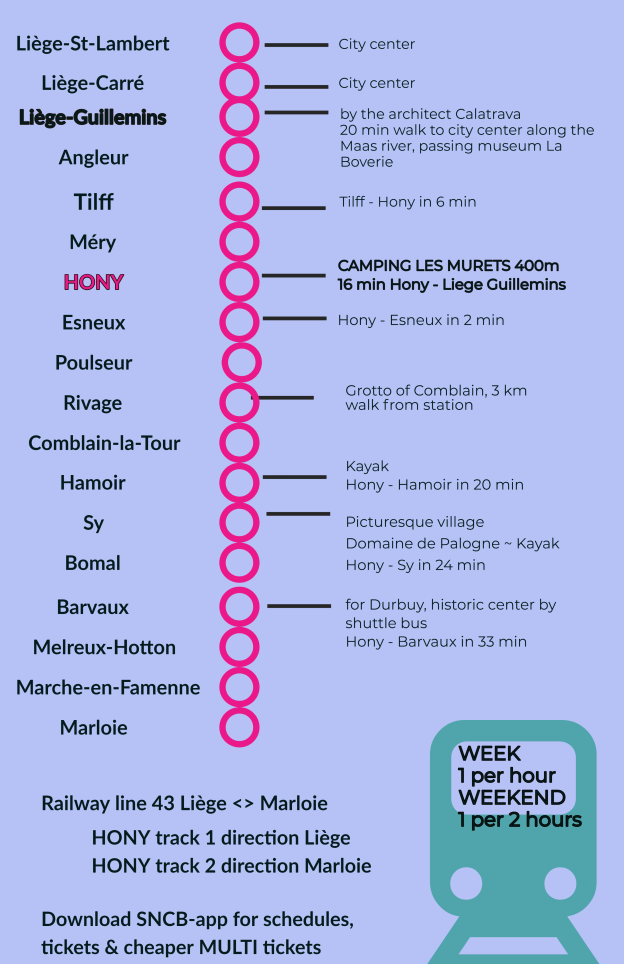 Liège-Guillemins station is a beautiful piece of architecture from the hand of the famous Catalan architect Santiago Calatrava. It is an important railway junction, also for high-speed trains. From here you can easily travel around Belgium, to and from the Netherlands, Germany, France and Luxembourg.

By bike: Camping Les Murets is situated on RAVeL de l’Ourthe, about 17 km south from Liège. RAVeL routes are the generally flatter cycle routes through Belgium. 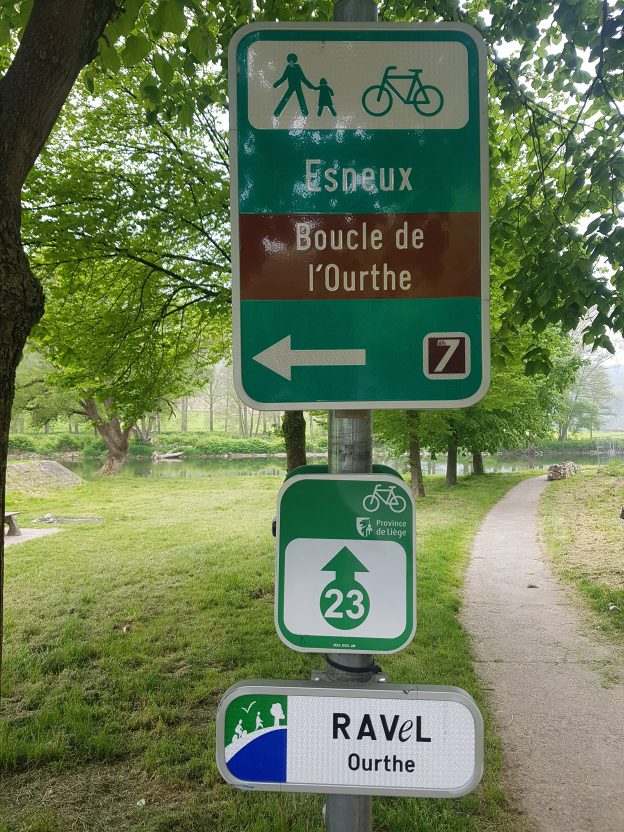 From Liège, you follow the Ourthe towards Tilff, then towards Esneux, until the village of Hony (after the village of Méry). You cycle past the baker Labasse, under the railway and after 350 m you will find Camping Les Murets on your left.

Rent a bike for a day or more? Have a look here.

On foot from Liège-Guillemins station to the Les Murets campsite

Here is the section of the Via Monsana from the Liège-Guillemins station to Esneux. Camping Les Murets is about 3 km from the GR57 and the pilgrim route to Santiago de Compostella (Via Mosana). You deviate from this route if you want to go to the campsite near Roches aux Faucons. 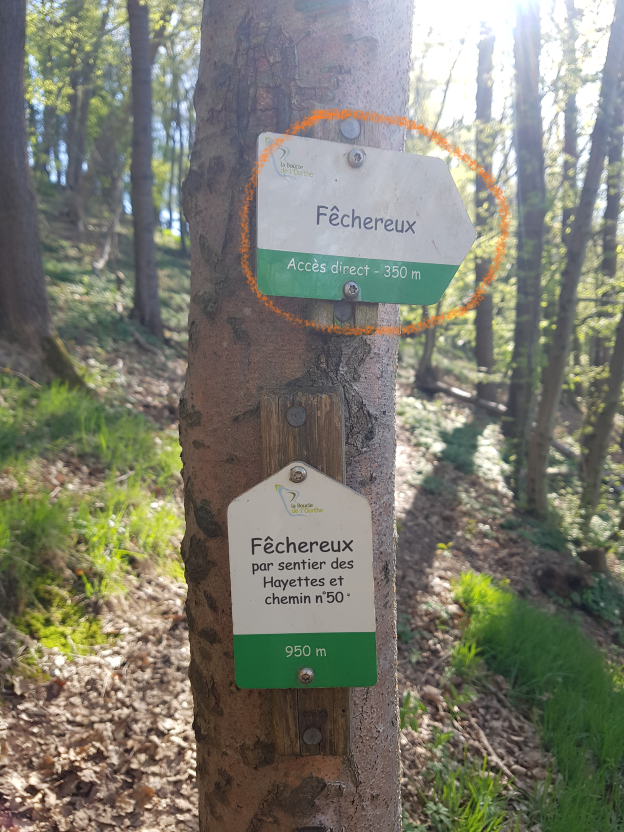 walk to the village of Fêchereux, to the hardened road in this village, and turn left there. After a while this road goes along the Ourthe. After about three quarters of an hour from the point where you turned off, you arrive at Les Murets campsite, after the first two houses on your right, at the beginning of Hony. You are ready for rest, pizza and a beer!