Camping Les Murets is located in the village of Hony, municipality of Esneux, at the gateway to the Ardennes and close to the river Ourthe. Liege/Luik is only 15-20 minutes away by car or train. Les Murets is the campsite closest to the city of Liège. The region is called ‘the garden of Liège’! Click here for a map.

This area consists of beautiful natural landscapes and centuries-old historical monuments with numerous signposted walking and cycling paths. For example, RAVeL route No. 5, which follows the Ourthe, passes by our campsite.

HONY station at 400 m from the campsite: the area is definitely special, but not very touristic. With the local train you can visit the region southwards into the Ardennes to busier tourist areas, where you can also kayak, and return in the evening to the peace and quiet of the campsite. Northbound this train goes to Liège in only 16 min! Look here for a map. The tent is us. 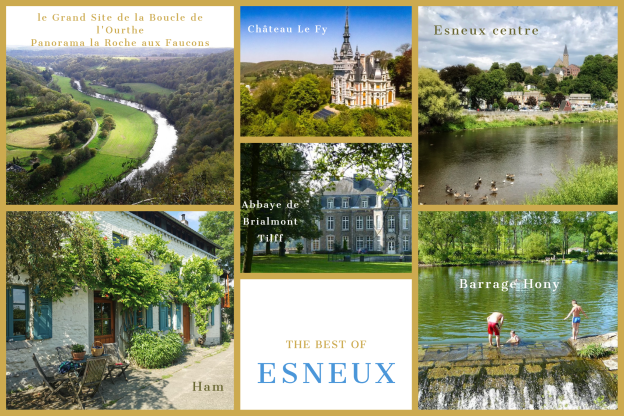 On the way to the village of Ham just around the corner, Walloon cultural heritage. Looking towards the castle of Esneux – château Le Fy – (not open to the public). Even when there is little water, there is always a natural pool at the dam a bit further. 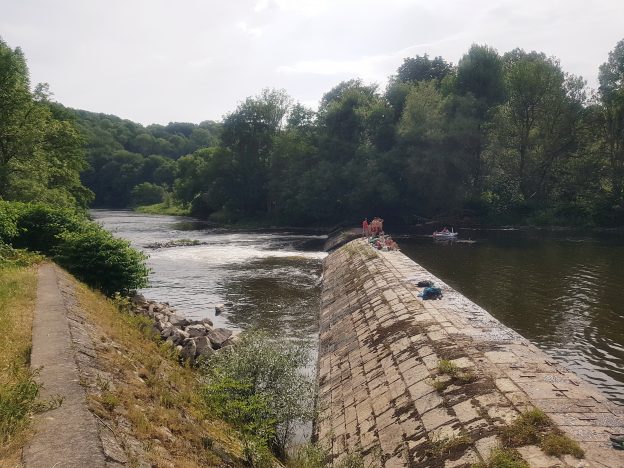 Esneux has shops, terraces, and a cosy market on Friday evening. It can be reached on foot, by bike, by car and by train. From the campsite it takes 2 minutes by train. 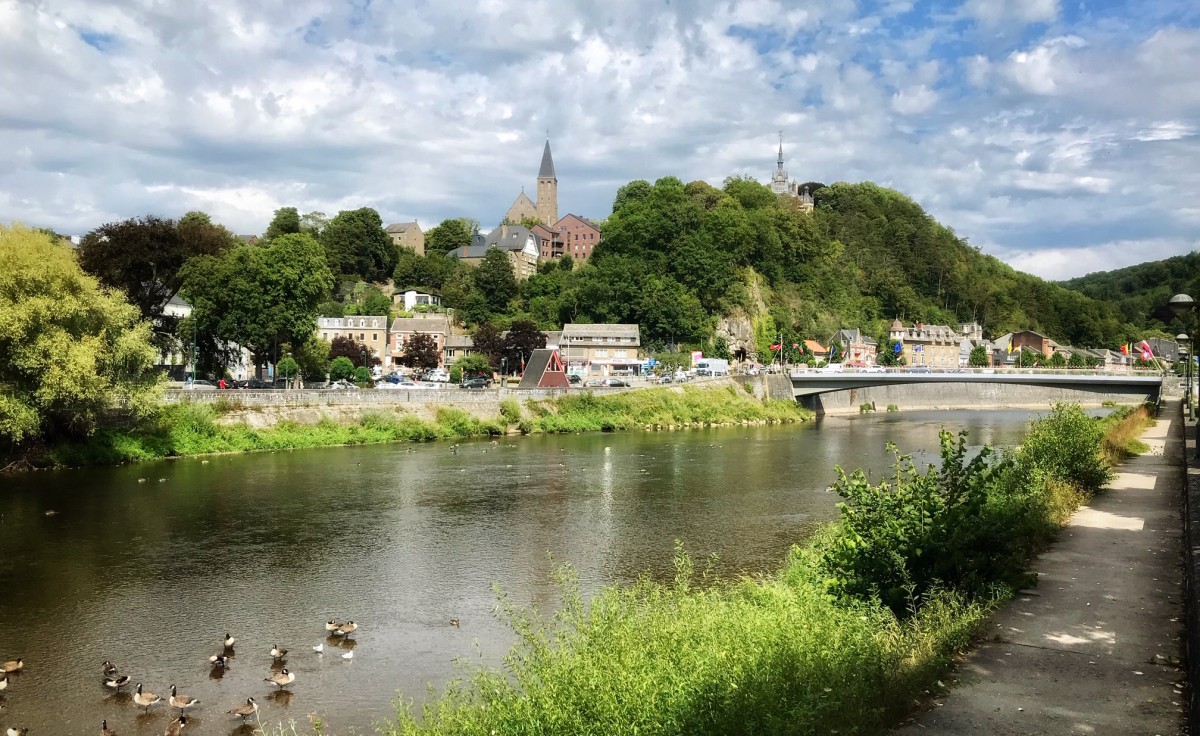 La Gombe diving centre, 6.5 km from Les Murets campsite. There is a plane at the bottom. Rock climbing at Awirs, some 20 km from campsite Les Murets

Hiking trail to Ham, near the campsite, in the curve of the river Ourthe. Kingfisher at the back of the campsite, on the river Ourthe. Hony railway station 400m from Les Murets campsite. A pole with a B on it, a platform and a stopping train. That’s all it is.